The Reconciliation Church houses the Aboriginal Stations of the Cross and Madonna by Aboriginal artist Richard Campbell.

Richard Campbell is an accomplished Artist, who has been painting for approximately 30 years. He is self-taught and is recognised as one of many Aboriginal artists who works with both contemporary and traditional mediums and symbols. Richard was part of the Stolen Generations.  He does not like to be seen as a victim, but a person who learns from the past and works for the future. He provides many workshops and lessons to help younger aspiring Aboriginal artists, including young kids at risk. 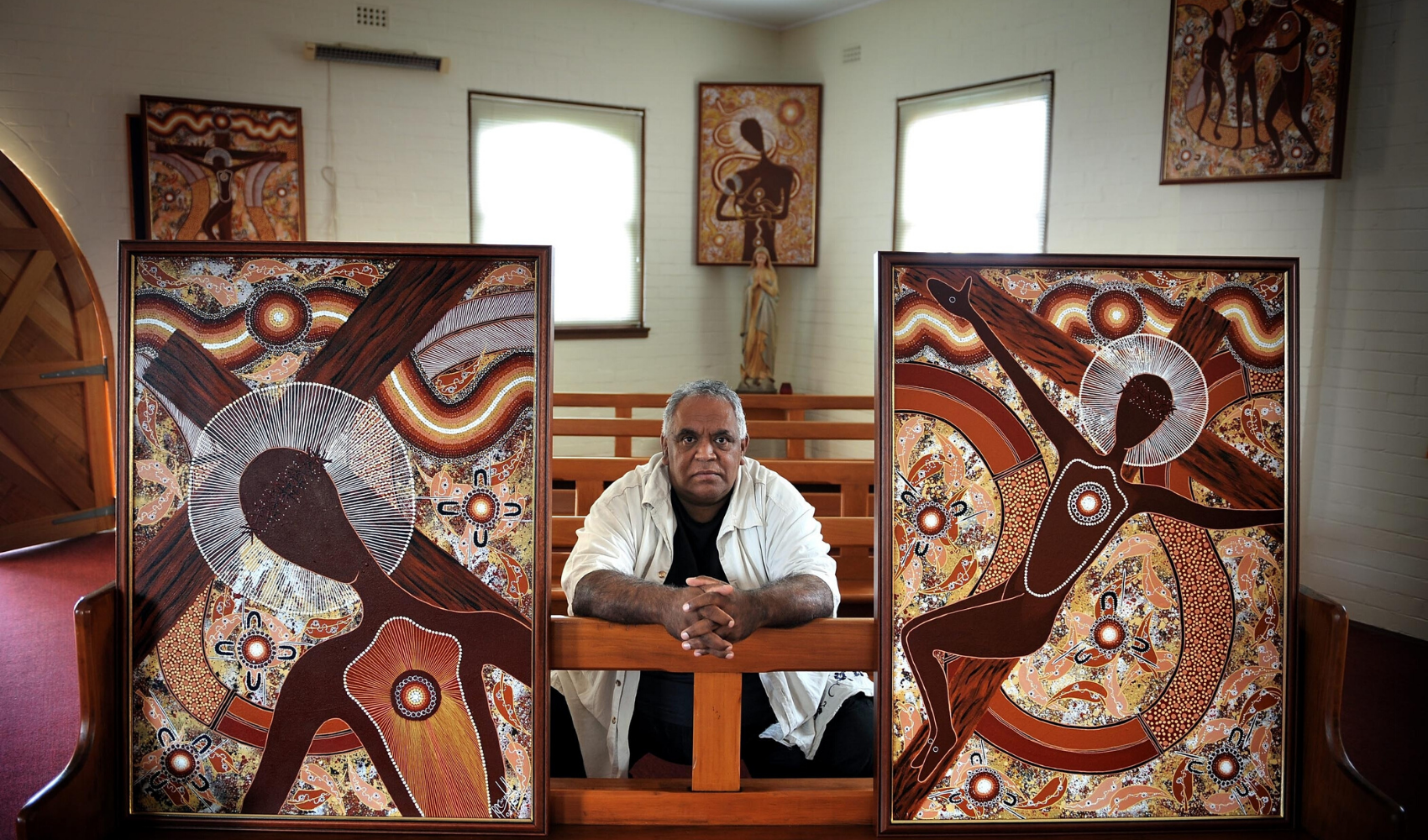 In 2001, the Bob Campbell Art competition brought Richard’s artwork to regional and state-wide attention. His widely recognised “Dolphin Dreaming”, with which he won this competition, now hangs in Kempsey City Council Chambers.

Richard’s personal time has been spent painting and privately exhibiting his artworks. One of these is his reflections of the Awabakal Dreaming stories which now hang at the new Aboriginal Unit, Wollotuka of the Newcastle University. Through sheer perseverance, dedication and love of his craft, Richard has continued over the years to practise and improve his artistic skills to his present level, enjoying the recognition of national exposure throughout the art arena.

One of Richard’s highlights was having his paintings of the Crucifixion and the Black Madonna has chosen to be a part of St Mary of the Cross MacKillop in Rome in 2010. Richard strongly believes that for Aboriginal Catholics to have the Gospel interpreted by an Indigenous artist helps give a real sense of identity and acknowledges that we are an important and integral part of the Australian Church (Catholic Communications, Sydney Archdiocese, 21 March 2013).

"We all have a spiritual connection, we're all brothers and sisters, with the animals, the trees, rivers and rocks, we all belong to one big God - call it Christ, we call it Birrigun, we are all one in God"