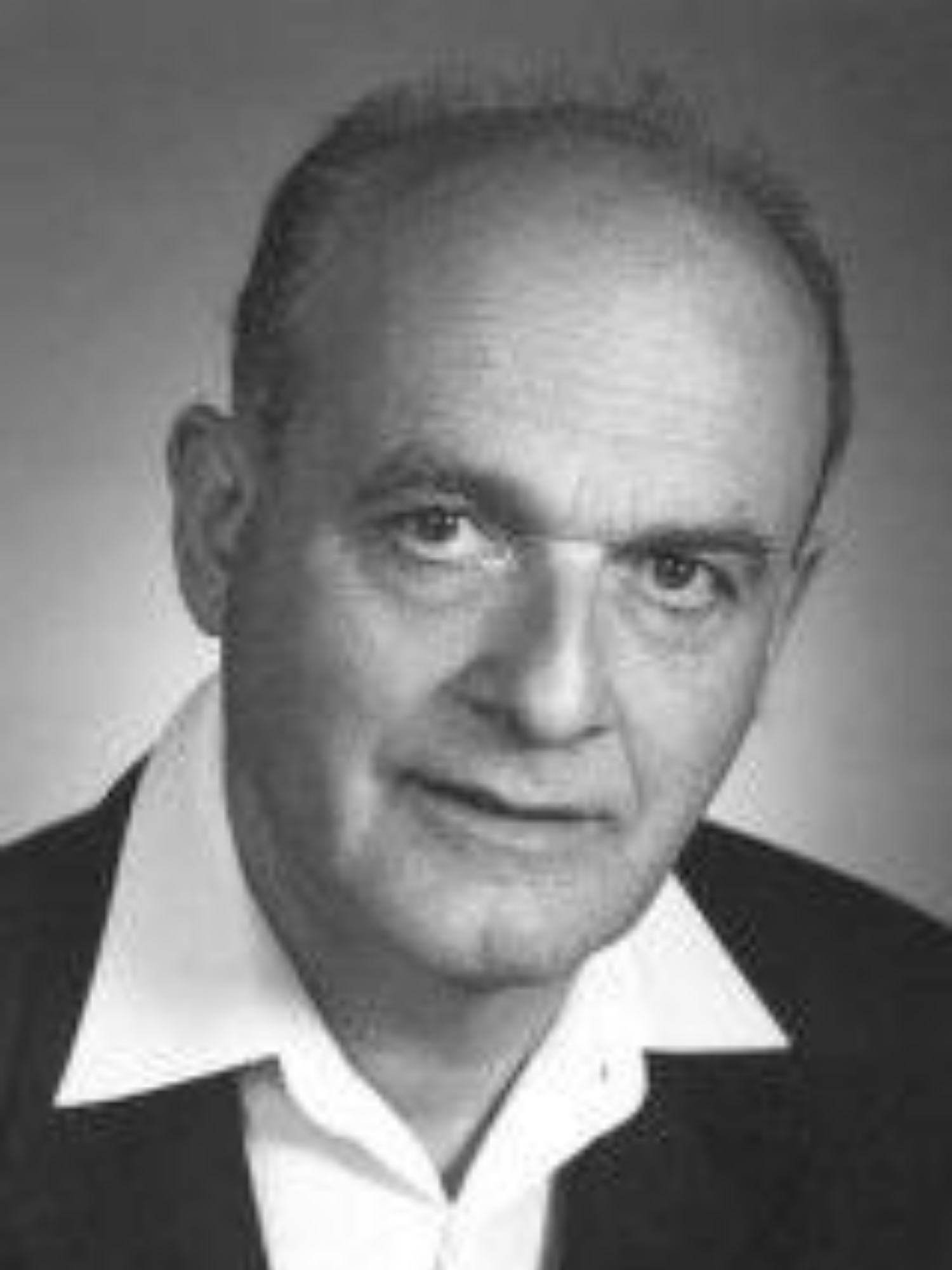 At this time Aboriginal Catholics felt a strong need to start a ministry in the Sydney Archdiocese which would enable them to participate and contribute fully in the Catholic Church. 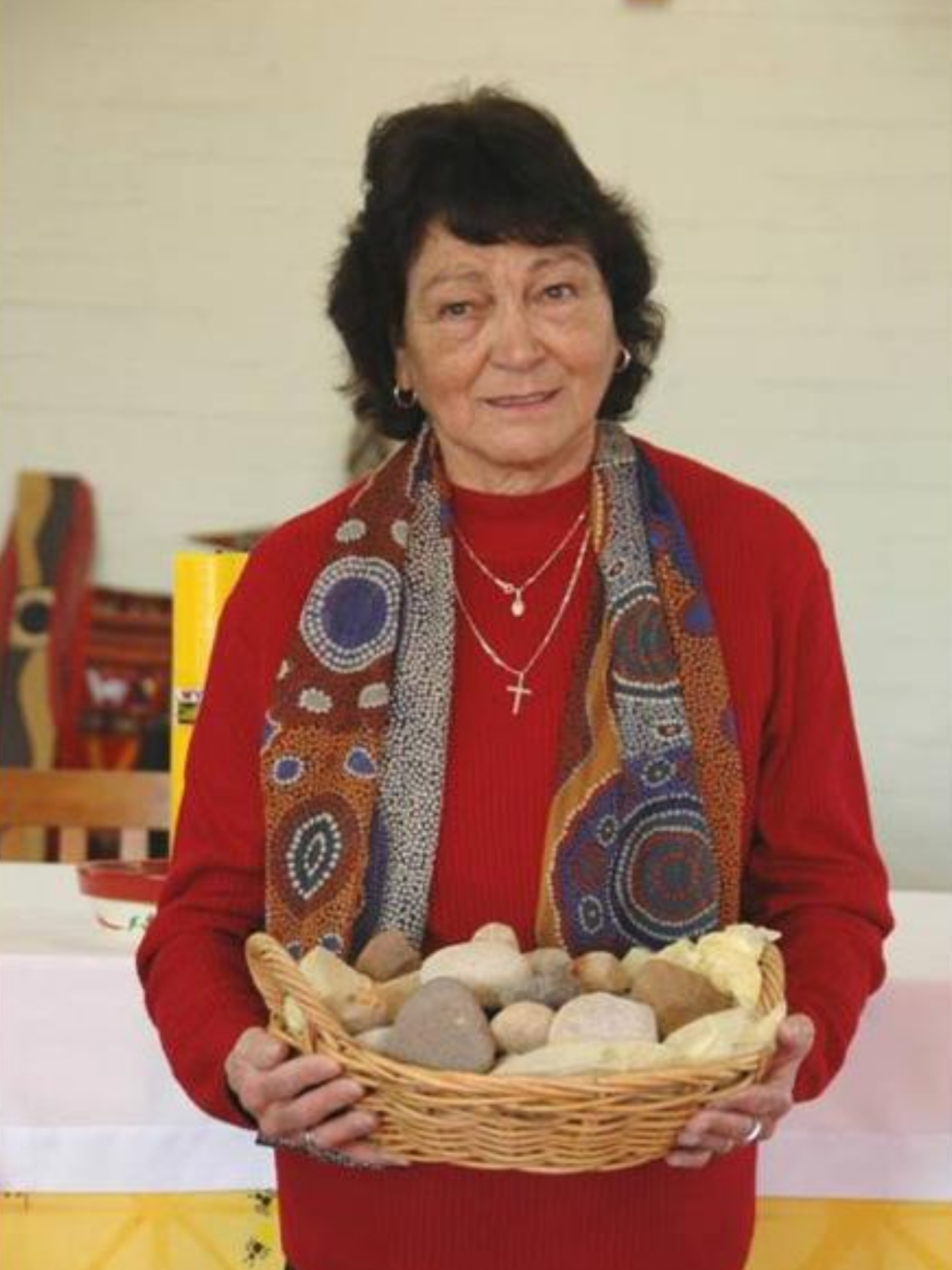 By the end of 1989, an official committee was formed. In the first year of the ACM, Aunty Elsie Heiss worked as a volunteer and then, with the support of Bishop Ingham, became a paid employee. From these humble beginnings here the ACM continued its work and grew in strength.

In 1998, with the help of Father Pat Hurley at St Andrew’s Parish Malabar, the Ministry was expanded when it was given the sole use of the Church and office at La Perouse. The Church, which was then known as Our Lady of Good Counsel, was given permission by Cardinal Clancy to be renamed the Reconciliation Church.

The Reconciliation Church building was originally a school house, a hall and a church for the poor. During the Great Depression, there were many Aboriginal and non-Aboriginal families taking refuge together in the surrounding area. ‘Happy Valley’, Hill 60 and Frog Hollow were all camps in La Perouse and Yarra Bay. Originally, the Sisters of Our Lady of the Sacred Heart at Botany travelled to La Perouse to give religion lessons in the open, with great difficulty. In 1936, the Catholic Women’s Association (later becoming the Catholic Women’s League) became involved when Mrs. Crossley, a CWA member, heard of the need for religious instruction for the children in the area and was soon supported by other members.

The President of the CWA, Miss Kate Egan, was alarmed by the appalling conditions under which the women and children were living. Using much of her own wealth Kate Egan supported the CWA in attempting to relieve the desperate situations people were living in.

A Catholic schoolhouse was seemingly unimaginable in these desperate times, however the CWA obtained two blocks of crown land for a lease of 14 years. In 1938, a small, single roomed weatherboard building, with an iron roof, was built at 9 Yarra Road, Yarra Bay. The CWA took full responsibility for the expense of the building and maintenance. A second building at 11 Yarra Road (which is the current church building) was completed in July 1939.

Archbishop Gilroy opened it on the 17th August 1939 and in October approval was given for a Missionary Priest, an MSC to say Mass on the 2nd and 4th Sundays of each month. The second building had been constructed entirely at the expense of Miss Kate Egan, B.M. M.B.E., Mrs Crossley, Mrs Thornton and their families who were thanked for their contribution to the teaching and welfare of children in the area. 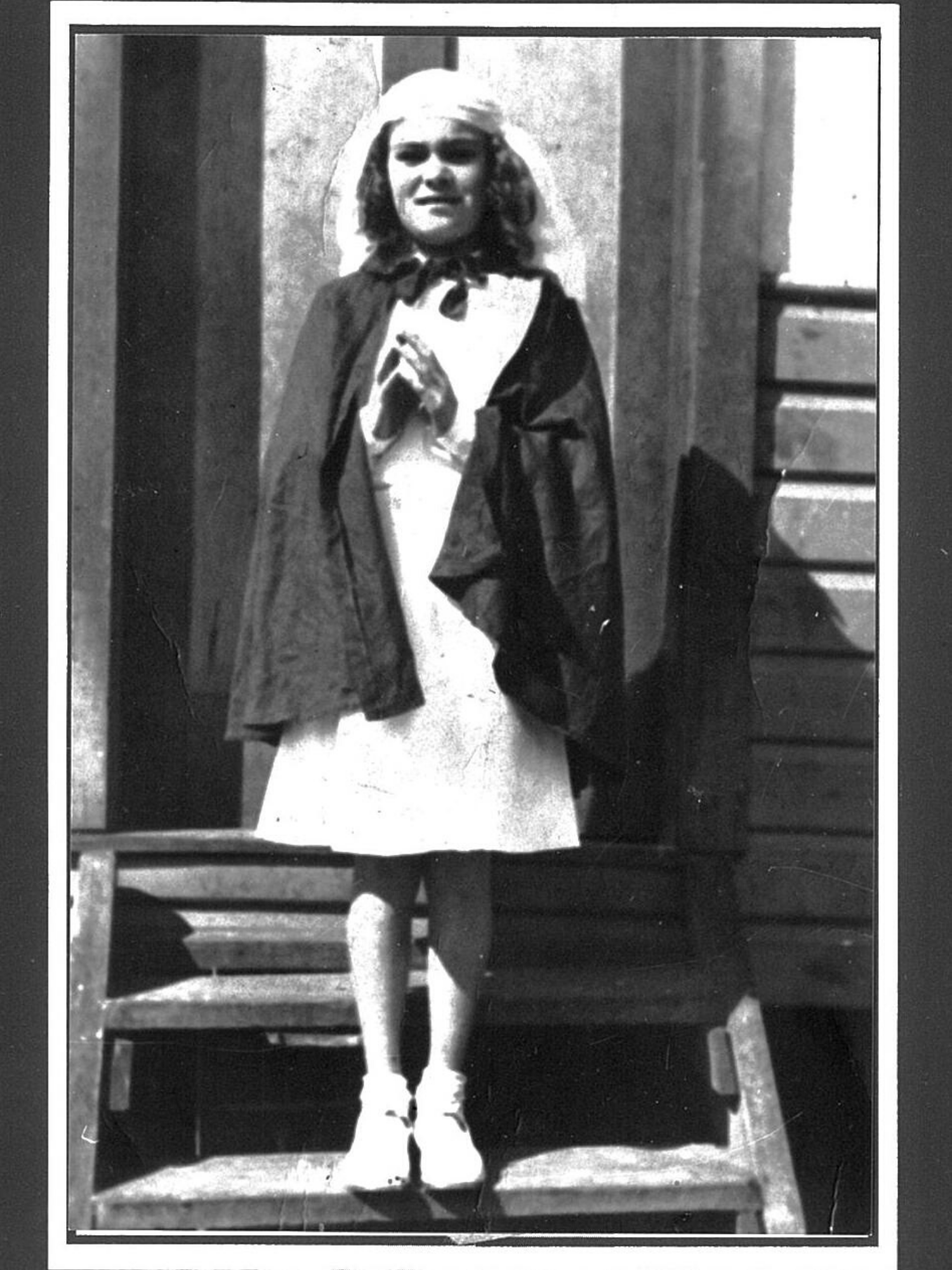 In 1940 a much needed Catholic school was opened under the tutelage of the Sisters of Our Lady of the Sacred Heart, as there were 63 Catholic children of school age living in the area and not receiving an education. These children could not travel to school on the tram, because they didn’t have the proper clothing, shoes or money.

In 1953 the Sisters of Mercy from Gunnedah, then residing at Malabar, took over the teaching at the school.

Aunty Elsie started her days at the Lady of Good Counsel Church in early August 1998. Sr Theadora from Our Lady of Sacred Heart Monastery, Kensington would come out to the Church on Tuesdays to keep Aunty Elsie company, and assist with addressing handwritten invitations to the community.

On the 4th November in 1998, the first Mass was celebrated in the newly named Reconciliation Church, with one Baptism and five Candidates receiving their Sacrament of First Holy Communion.

Over the years the Aboriginal Catholic Ministry through a variety of celebrations has welcomed many Aboriginal people into the Catholic faith through its sacraments. The Reconciliation Church site has also hosted monthly Masses, and is a gathering place for the community.

In 2000, Aunty Sue Gibson joined the Ministry to assist with administration; her determination, organisational skills and persistence  was instrumental in setting up the office space at the Reconciliation Church. She worked alongside Aunty Elsie for five years.. Twelve months later Aunty Elsie was blessed to meet Cate Wallace who became her Administrative Assistant, but Cate was so much more, a valued companion and confidant. This was an authentic partnership of shared learning and reconciliation in action. Aunty Dr Elsie Heiss worked at the Reconciliation Church her retirement in 2012.

The ACM premises at 77 Buckland Street, Alexandria has been associated with ministries to support Aboriginal peoples in various forms since 1974.

Sr. Ignatius Jenkins RSC, a nursing sister at St. Vincent’s Hospital in Sydney became aware that Aboriginal people from country areas travelling to Sydney for specialised medical attention found accommodation difficult to obtain. Early in 1973, she called a meeting to enlist support for the establishment of a hostel as a way of easing family separation.  A Committee was formed and Mr. Michael O’Dea drew up a constitution for an Association.

Fr. Alan Mithen was appointed the first full-time Catholic chaplain to Aboriginal people in Sydney by Cardinal Freeman in 1974. He established an office, offering welfare and hospitality, including emergency accommodation, as part of his ministry. Fr. Mithen was assisted by Mrs. Roslyn Barker and Richard Pacey, an Aboriginal welfare worker employed by the St. Vincent de Paul Society.

Sr Catherine Sweeney, a Josephite Sister, joined the Ministry in 1993. Mrs. Jean Marlowe was the resident caretaker and ‘house mother’ to many, until her passing in 1993. Mrs. Judy Mussing took on this role in 1995 until 2000. 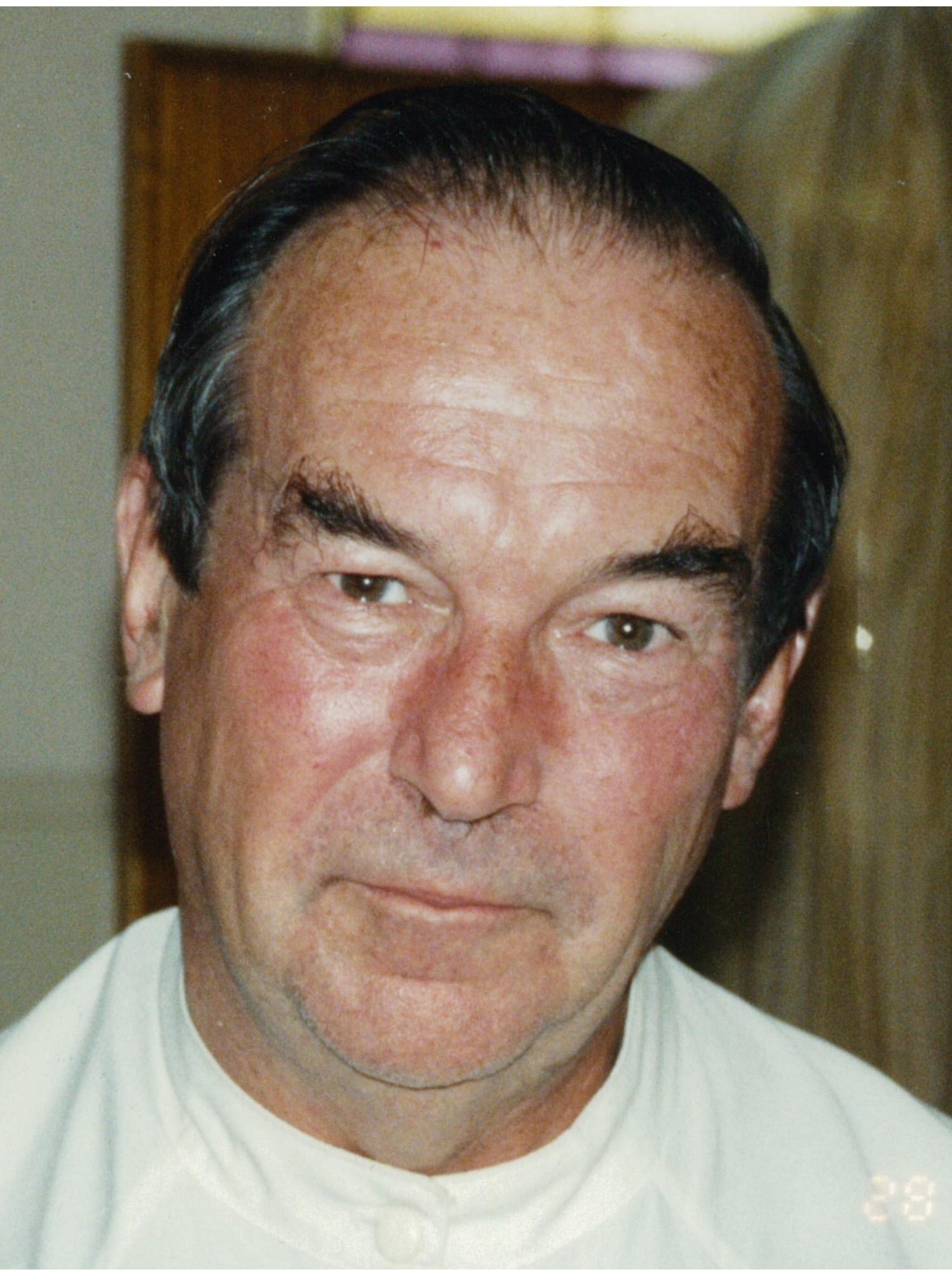 In 1988, the Aboriginal Catholic Ministry (ACM) operated out of a small room in the presbytery at St Mary’s Parish, Erskineville under the guidance of Fr. Frank Fletcher MSC. Fr. Frank was soon joined by Aunty Barbra Asplet and Sr Jenny. The ACM moved into 56 Swanson Street Erskineville at this time.

In 2000, the ACM moved into the house at 77 Buckland Street with Brenda McDonnell as Coordinator. For the next eleven years under Brenda’s guidance, the ACM at Alexandria developed programs which addressed welfare and pastoral needs of Aboriginal people.

The Aboriginal Catholic Ministry, Archdiocese of Sydney established an Aboriginal Women’s Healing House in Picton to accommodate Aboriginal women who have suffered trauma as a result of Stolen Generations. Women accommodated were either themselves stolen or had children or relatives stolen. The Healing House also offered culturally appropriate care for women and girls experiencing domestic violence and substance use. The healing programs offered were a combination of traditional and contemporary healing therapies.

In 2010, the Archdiocese of Sydney commenced a restructure of the Aboriginal Catholic Ministry to ensure its long-term and sustainable future. Under the new structure Graeme Mundine was appointed as the first Executive Officer in 2011 and was followed by Kim Hill late August, 2015. Lisa Buxton is the current Executive Officer and based at Buckland Street.